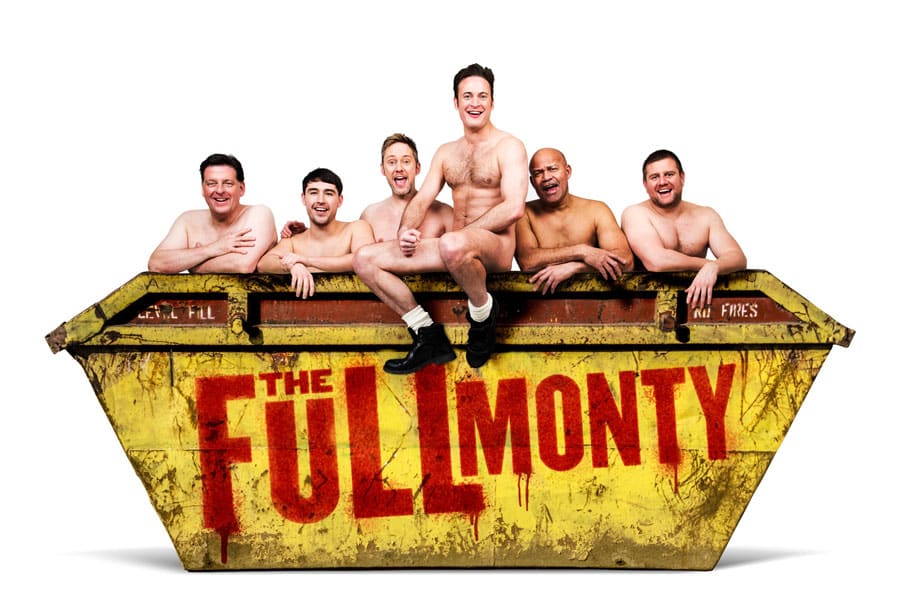 The Full Monty hit our screens back in 1997. The original screen play, written by Simon Beaufoy; told the tale of six unemployed men trying everything to pay their bills. Set in the steel capital of Sheffield during the early 1980’s. This working class tale resonated with audiences during it’s original release. It’s story surrounds austerity created under the Thatcher government. Carrying a stark resemblance to the political times the British public have faced in more recent years. But such as the British way, the hard times are faced with a stiff upper lip, and a sense of humour.

This story is full of relateable working class struggles.

After loosing his job at the steelworks, Gaz (played by Hollyoaks hunk Gary Lucy) finds himself faced with family court battles. Brought on by the lack of child support payments, due to his current bought of unemployment. Despite a reputation of being a ‘Jack the lad’ combined with a ropey history of being in and out of jail; Gary Lucy plays the lovable rogue, Gaz, well. His ability to connect with the other characters, and win the audience over almost immediately is admirable.

Gary, originally from Essex, tries hard to hold the Sheffield accent throughout the show. Initially this is disorientating, for those who are familiar with him. However it’s his endearing performance of Gaz that soon has you drawn in to like the reckless character.

No ‘likely lad’ is any good without a partner in crime. Even if they are unwilling, or even unknowing most of the time.

Dave, (played by Casualty star Kai Owen) is the hapless, self conscious best friend of Gaz. Not remotely confident, and while he isn’t completely ‘wet behind the ears’, his loyalty to Gaz drags him into all sorts of daft and occasionally illegal activities.

Like Gaz, Dave has also lost his job at the Steelworks and is desperate to find legitimate ways to pay his bills. Throughout this show, the impact of Dave’s unemployment has devastating effects on his mental health. Highlighting the “man up” mentality of the time and how it impacts his marital life as well as his own personal wellbeing.

Kai portrays the various layers of the character, Dave, really well. Ensuring his performance isn’t too overly dramatic. He encompasses the strong spirit of this character, who is at times, hilariously self deprcating. Kai’s comedic timing is brilliant, his delivery is also notable. Even during the dark introduction of the Caharacter Lomper (played by Emmerdale’s Joe Gill).

Despite the serious undertone, it’s also a hilarious self deprecating comedy.

Gaz and Dave stumble upon a Chippendale’s event. They’re disgusted that the women of Sheffield would pay money to see it. However, it isn’t until Gaz hears a group of women talking outside, one of which is Dave’s wife, that he has a realisation that there’s ‘easy money’ to be made. Then he set’s about recruiting as many ‘talented’ men as he can. Roping in Dave and Lomper, and unintentionally his son Nathan (played by the brilliant, and very talented Fraser Kelly).

The original auditions were funny, but they’re much better live on stage.

Horse (played by Brookside legend Louis Emerick) is brilliantly funny. His limping funky chicken is indescribably funny, and at times you can see even Louis is having fun with his character Horse.

Guy (played by James Redmond) has the most memorable moment in this part of the show. Without giving away too much, I can only surmise that everyone is flawed by his audition, which results in all manners of reactions from the audience. Although we don’t see his initial reaction to the audience’s reactions, it’s safe to assume he has a rather large smile.

Until this part of the show Gerald (played by Andrew Dunn) is assumed to be abit of a ‘stick in the mud’. He’s a conservative voter, who likes and collects gnomes. However despite his previous superior role in some of the character’s past employment, we start to see a more human side to this character. Andrew portrays Gerald’s internal struggles and external frustration wonderfully, without loosing the likeability of the character.

The Full Monty play – 2019 tour dates. Where they’re going and how to get tickets.

While at times this play feels drawn out; it gives us chance to familiarise ourselves with the new version of the characters from the British classic the Full Monty. It’s full of laughter through the dark times and it’s delivered by a wonderful cast and talented crew. And in case you were wondering, they do go through with the full Monty and it’s not to be missed!

If you’ve got nothing on, then be sure to go and see The Full Monty play. It’s in the Manchester Opera House Theatre until 23rd February. (To get your tickets go to the ATG website).

The Full Monty Play is also on tour across the UK. To find out when it’s coming to a theatre near you go to their website www.fullmontytheplay.com