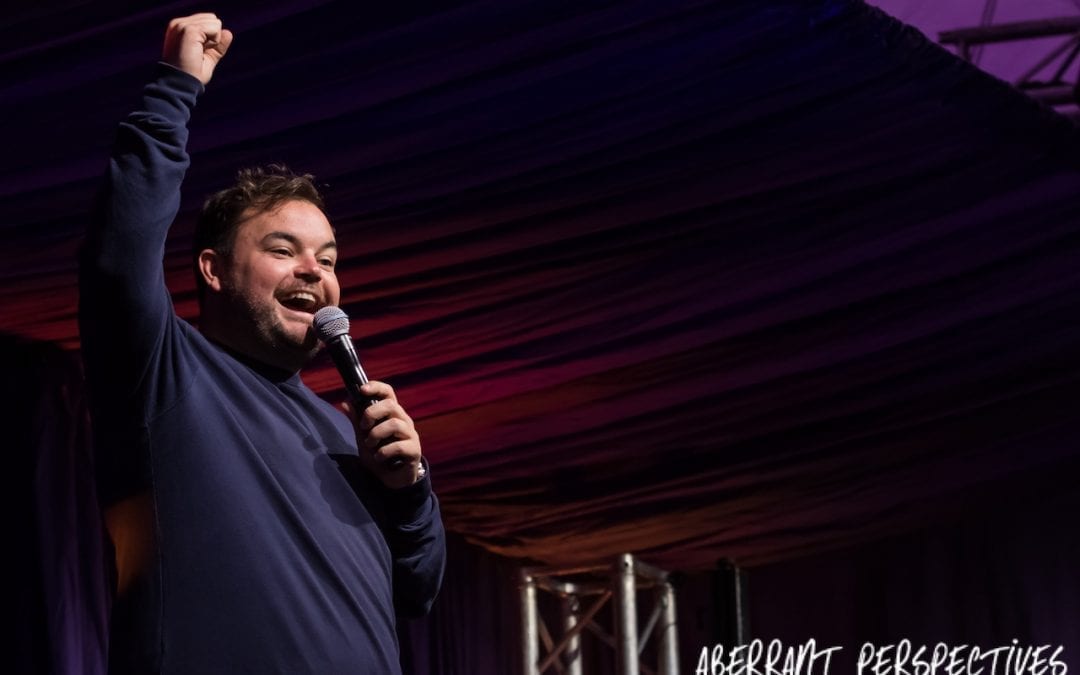 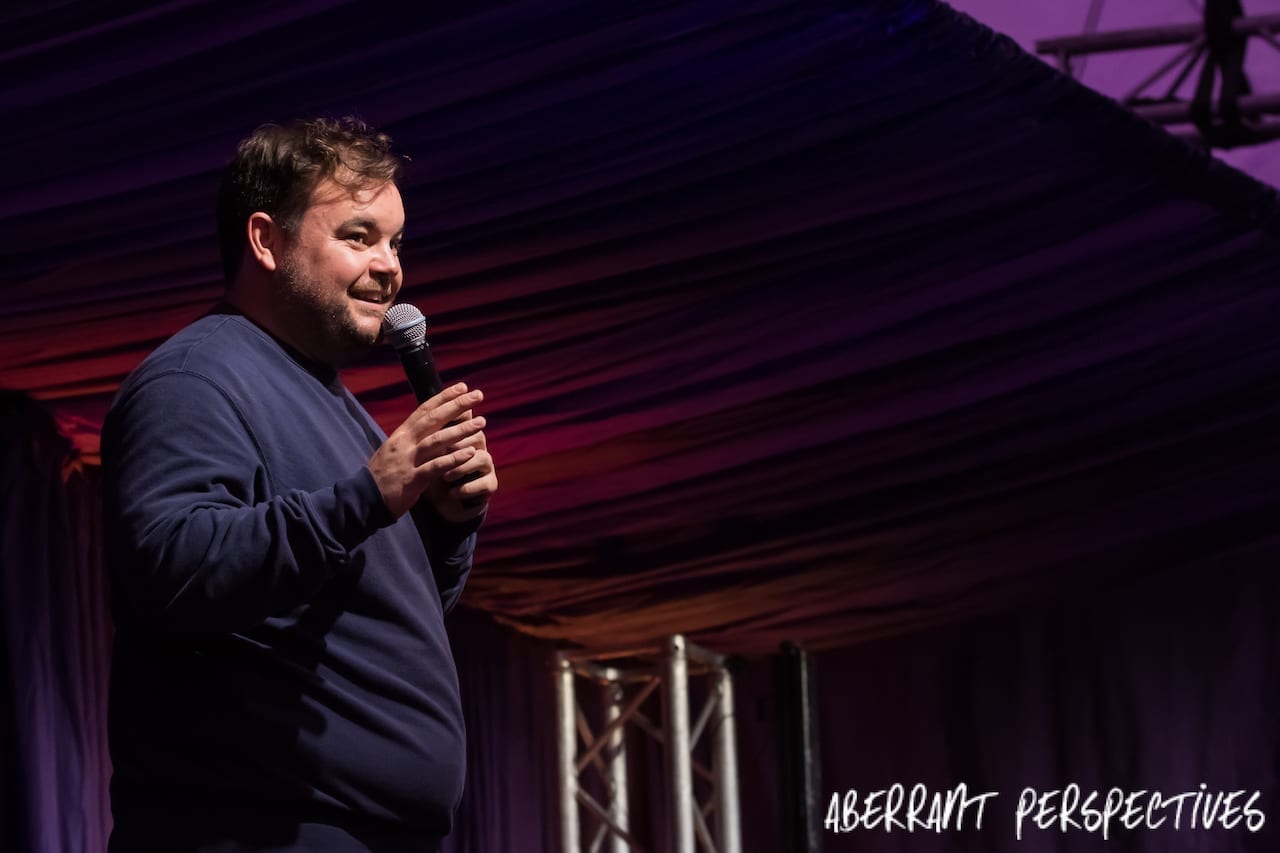 With tales of Grimsby football team’s fans and curious chanting, occasional singing, combined with an abundance of facts only useful to your local pub quiz. Lloyd had the crowd under his control and endearingly charmed his way through compering a line up full of TV favourites. 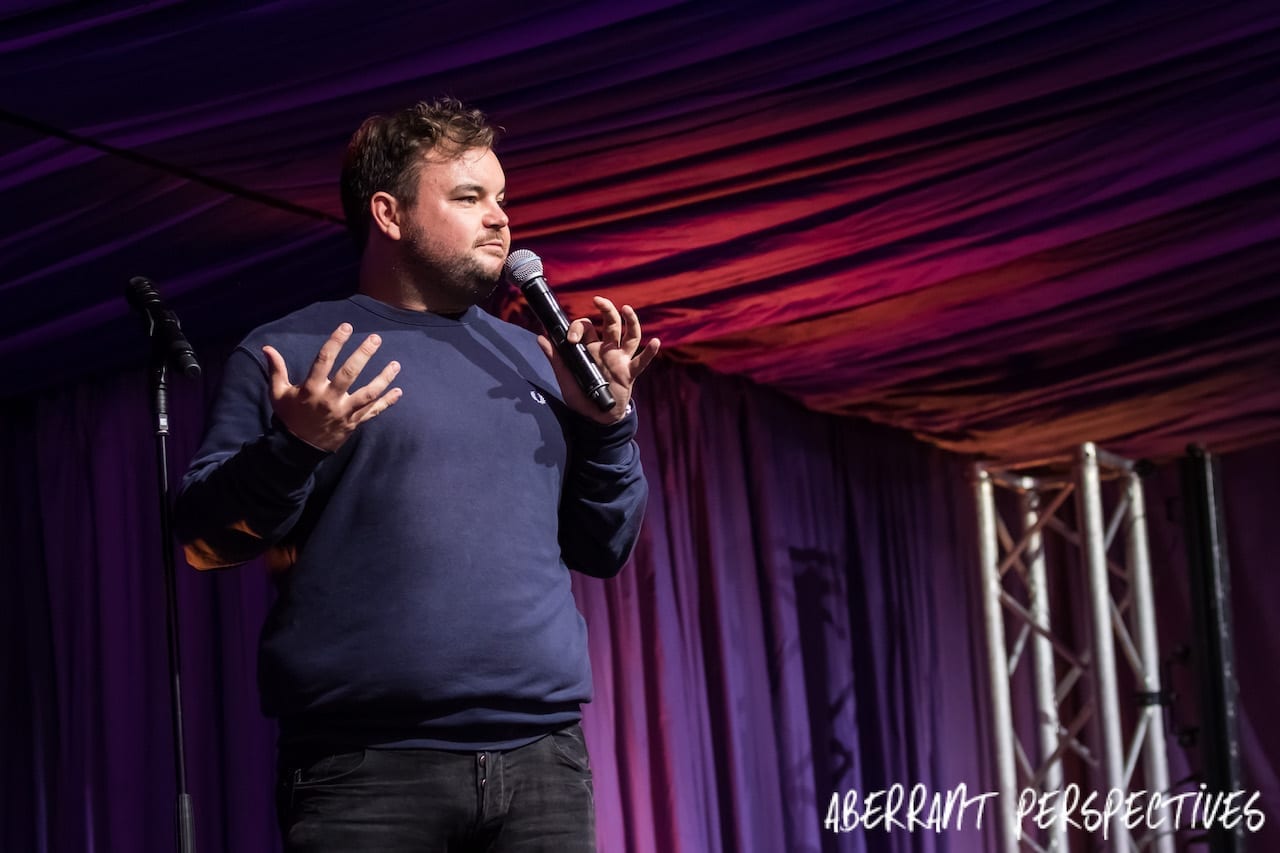 A tall order you would think for someone relatively unknown to large crowds at a festival. However working with TV favourites and holding his own is not something Lloyd is unfamiliar with. He has recently supported Jack Whitehall on his “Jack Whitehall at large” tour and he has supported Rob Beckett on his last two tours. Each time leaving the audience in stitches and educated with an abundance of facts, that they probably never thought of or wanted to know. 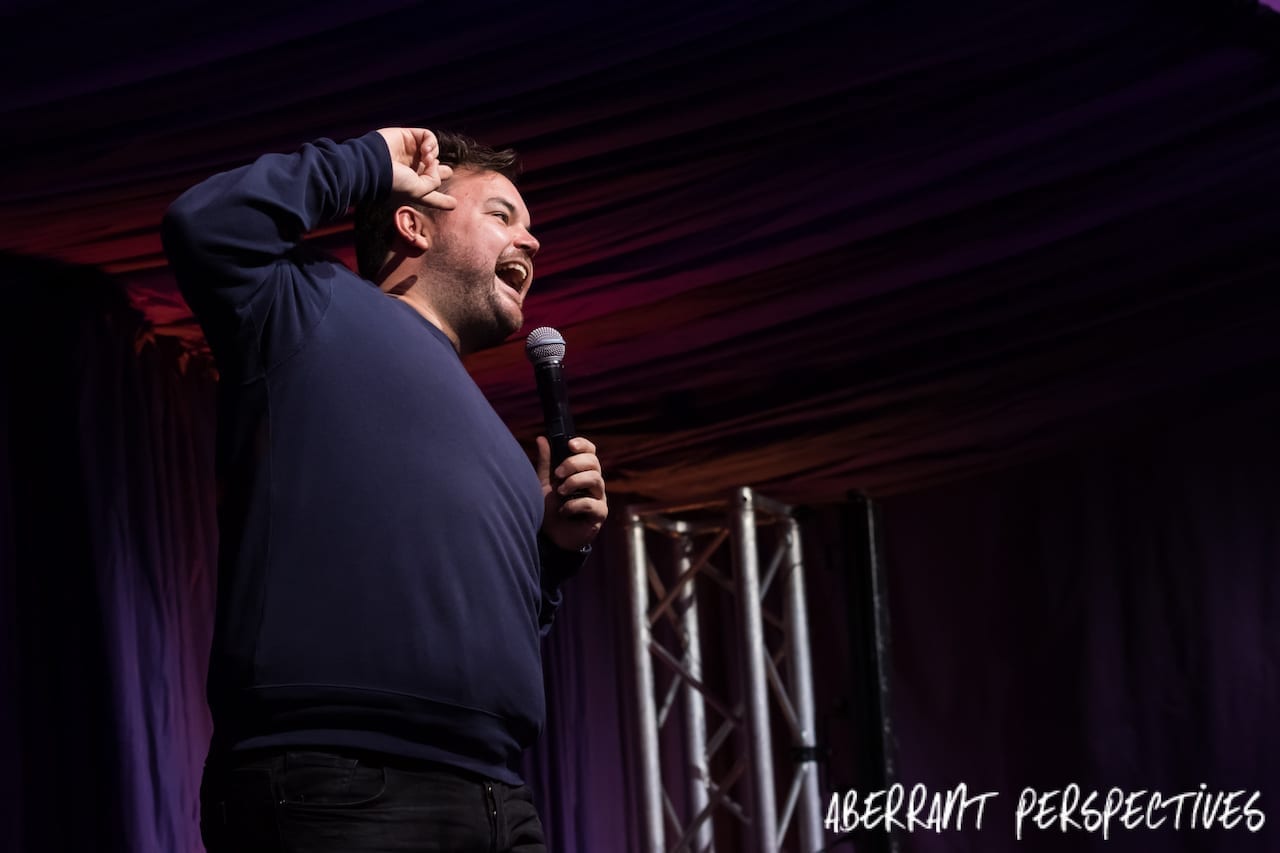 “If you’re not laughing, your learning”. A phrase repeated, by Lloyd, during the short compere sets he performed. Dishing out random facts about cathedrals, football and various other topics. Blaming those for his “lonely” state. His intelligent and at times, self deprecating humour had the audience on side immediately. 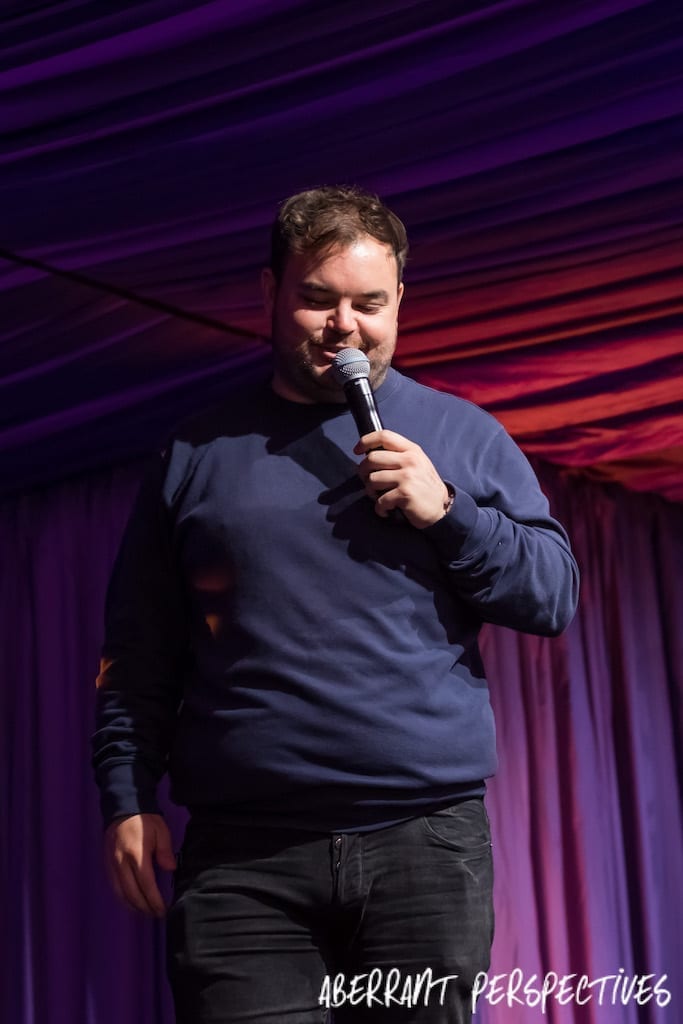 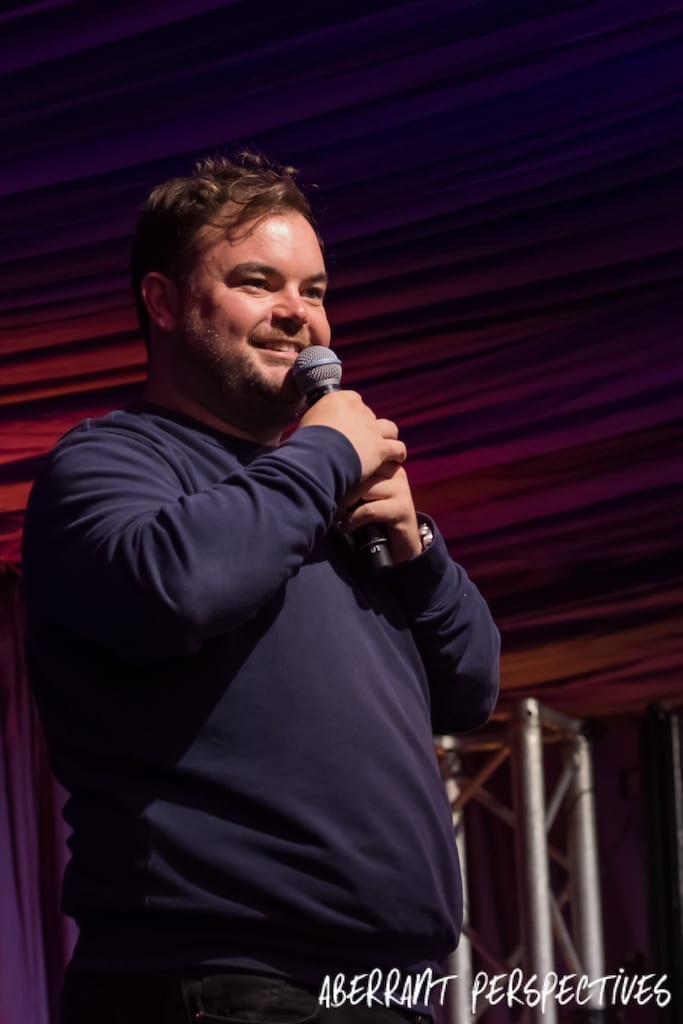 Lloyd’s ability to control the crowd in a firm but friendly manner was impeccable. Happy to point out to anybody walking off that he could see them and that they should stick around for the next act. The audience interaction proved a useful tool for Lloyd. Keeping the audience’s interest long enough to not only make them laugh, with his woeful tales of single life and curious facts. More importantly he kept the tent full for the next act, a difficult task for any compere at a festival. 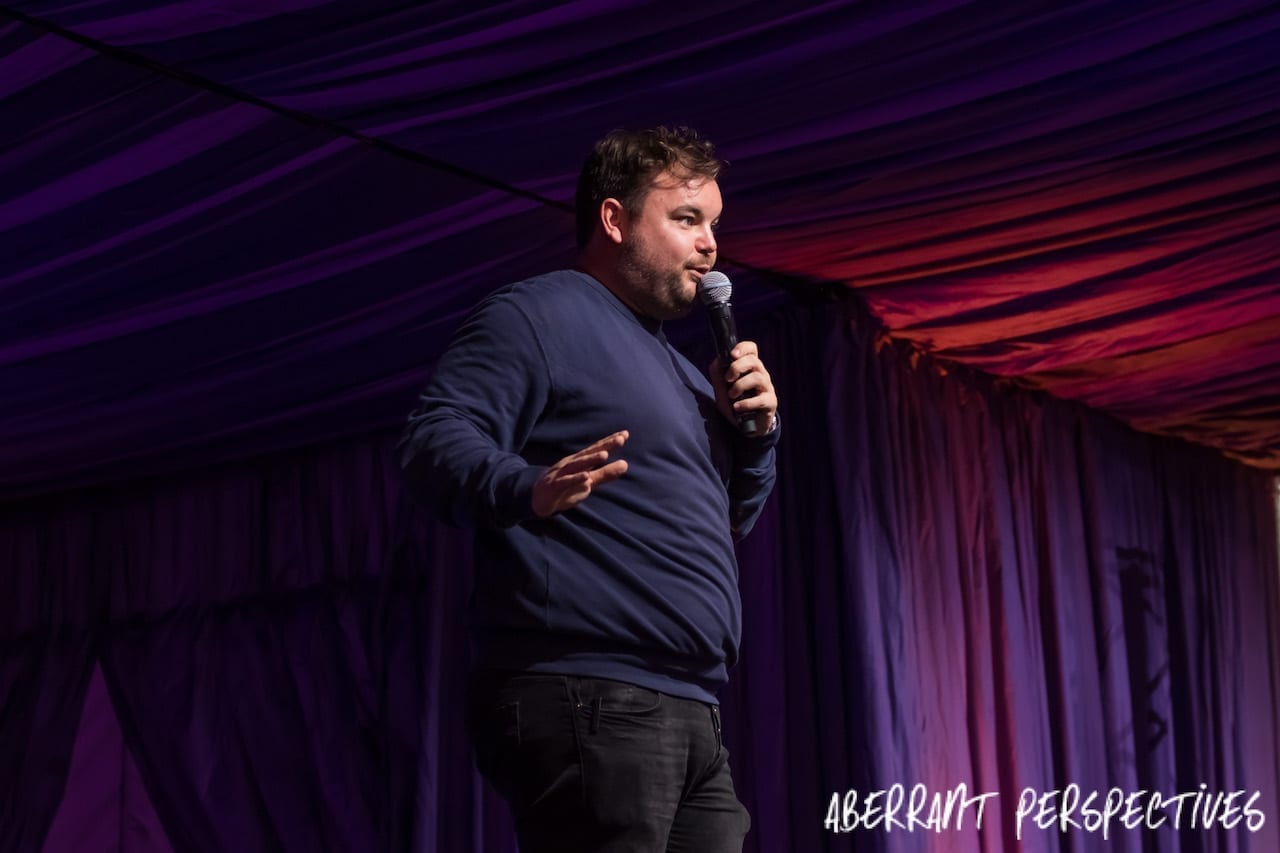 Not only is Lloyd a great compere he also has his own show out now. He’s currently completing preview shows for his upcoming tour in:Undated. The show tours all over the country and even has two prime spot performances at the Pleasance Dome, during Edinburgh fringe festival. 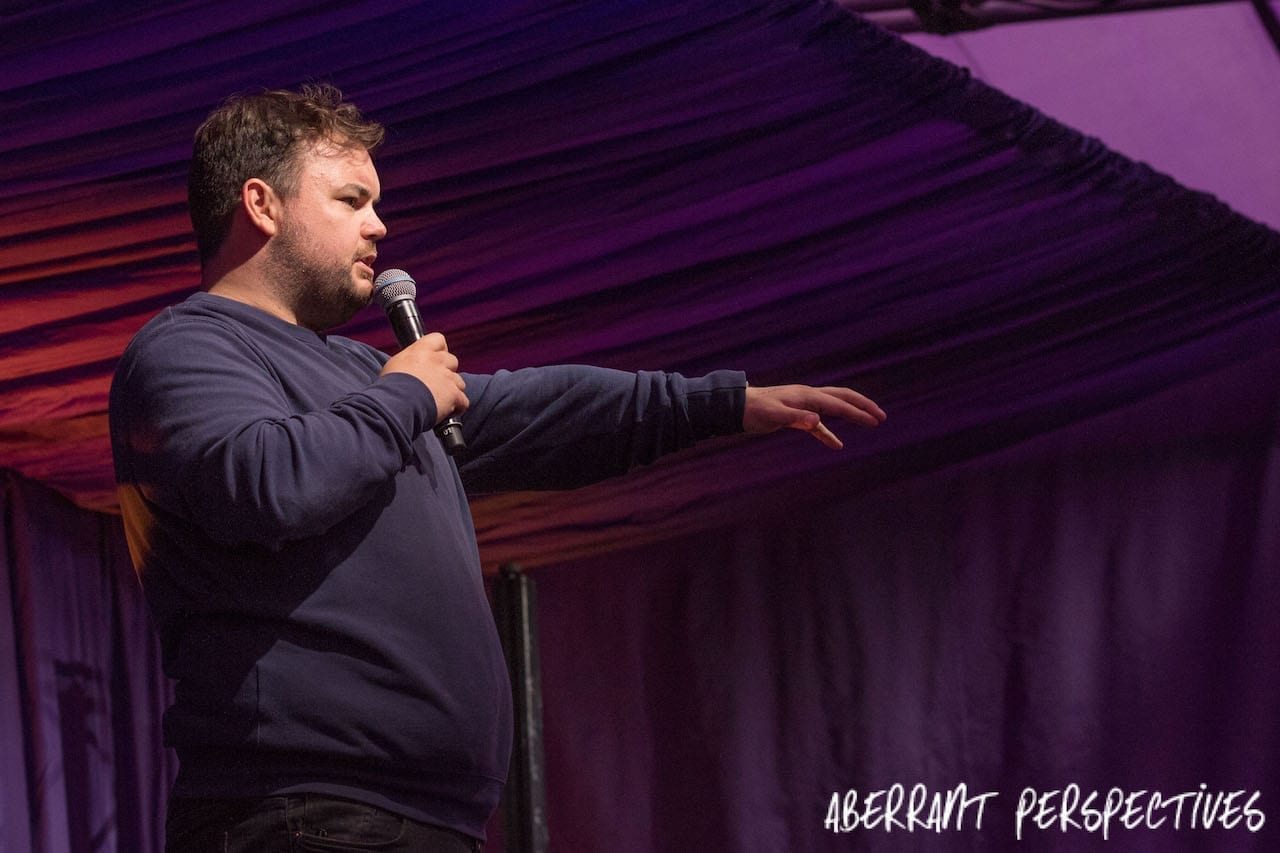 If by some unfortunate turn of events you can’t see Lloyd on tour, you can see him on a variety of TV programmes. He’s previously featured in Comedy Central’s Drunk History, Soccer AM, The Premier League Show, Rugby’s Funniest Moments and much more. If that wasn’t impressive enough Lloyd, is also the face of BBC3’s Taxi to training too (Watch Here). 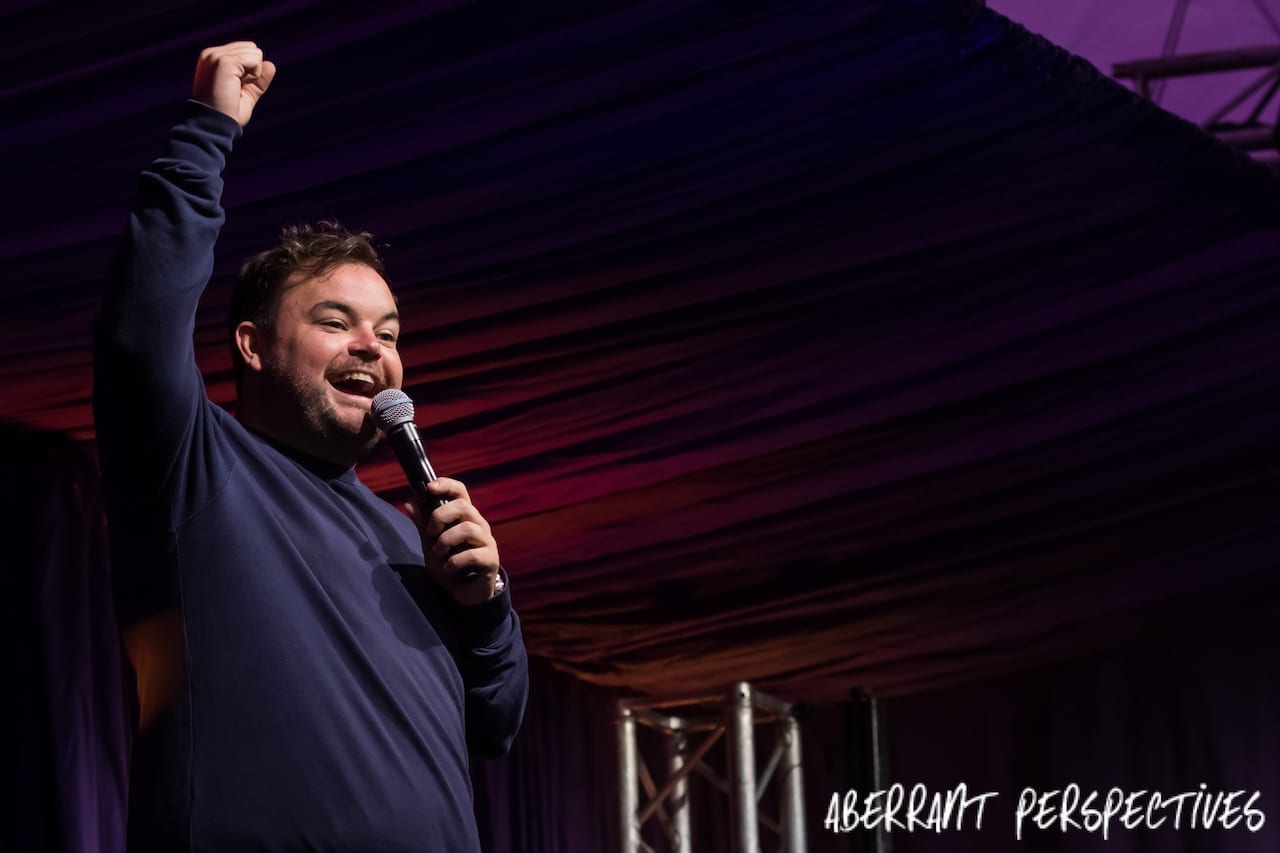