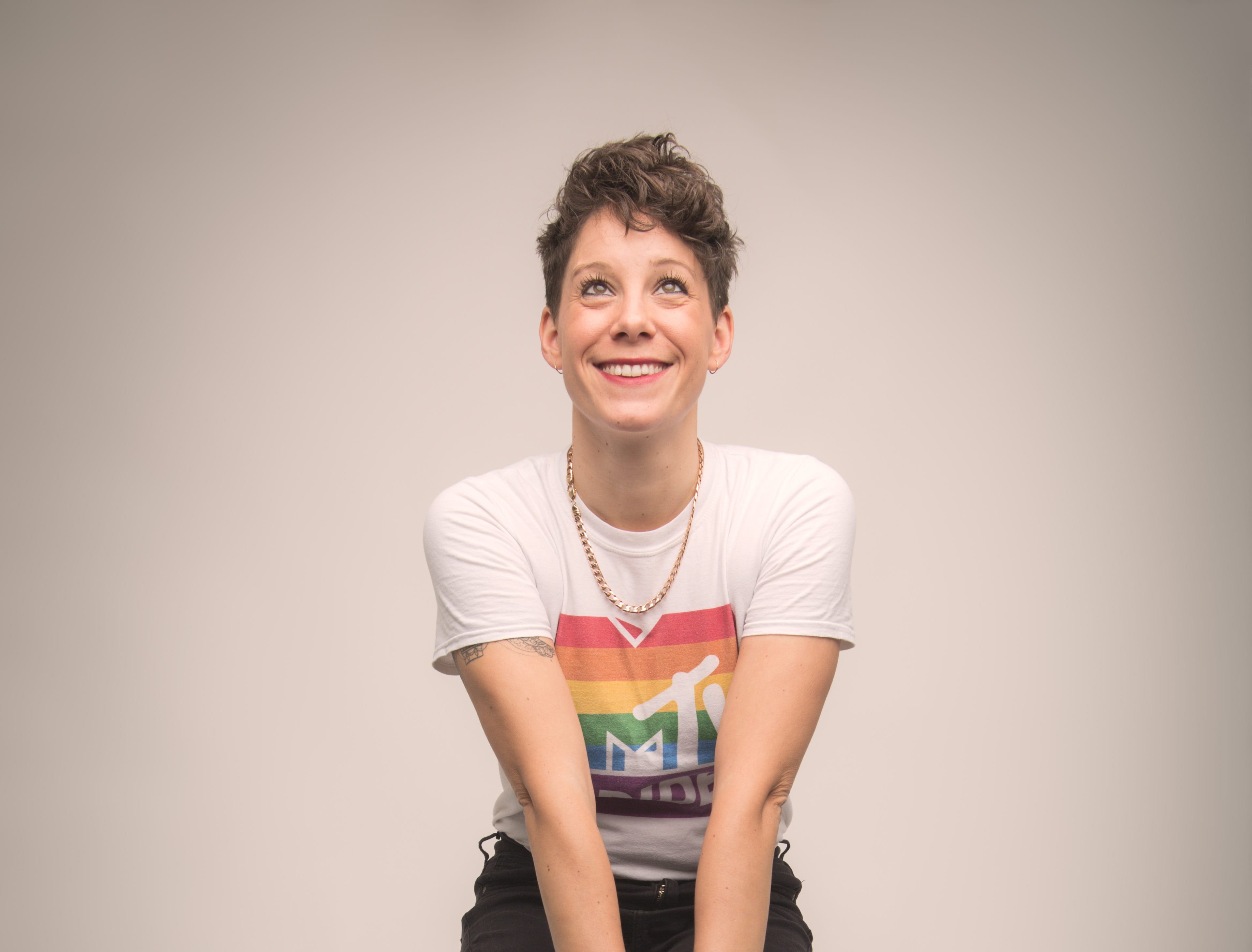 In fact it’s probably been overthought, to some degree. Quite early in the show the audience finds out that Suzi has generalised anxiety disorder. Which the show ‘Nocturnal’ is largely centred around. Throughout the show it’s made clear how anxiety impacts Suzi. She’s had it all of her life and is happy to share a variety of tales about when it’s made her everyday life difficult.

While the show is centred around an unfunny subject, Suzi’s positivity and exceptional delivery contributes to her endearing performance.

Midnight Press Conferences and Uncontrollable Worries. But it’s not all bad.

She is not afraid to tell us what keeps her up at night. From the completely out of her control worries, to the irrational worries that cause her ‘midnight press conferences’. But thankfully she doesn’t face them alone. It’s clear Suzi has a great support network. This includes her girlfriend Alice, who she clearly adores. Most comedians are quick to make derogatory jokes about their partners, but not Suzi. The only thing she finds to pick on is how they met. The two ‘token gay women’ introduced by their straight friends at a wedding. But even that story makes her grin in a way that only someone in love can.

She also has her family around for support too. It’s immediately clear that Suzi is close with her parents. Her coming out story provides laughs and also a lovely insight into how close they are. Whilst Suzi mentions her mum, it’s clear that she’s a ‘daddy’s girl’. Her stories about her dad are hilarious, complete with mimicking of his behaviours. But most amusing is their reaction to a documentary they watched, which lead them to call her. To make sure they knew how Suzi identifies within the LGBTQ+ community. Again it’s her delivery that makes these everyday stories so engaging and brilliantly funny.

There’s so much more to the message behind ‘Nocturnal’.

There is an underwritten message throughout Suzi Ruffell’s show. It’s her determination to feel normal. Not just for selfish reasons, but she wants this for everyone. Her acceptance of her anxiety and it’s inconveniences leads to her poignant case for LGBTQ+ acceptance world wide. Whilst Suzi doesn’t feel she was openly oppressed regarding her sexuality, she admits that when she was young she had an overwhelming feeling that something was wrong. Even during this section of the show, Suzi maintains the ethos of a standup comedy show and doesn’t exploit the fact she has an audience. But by this point in the show, the audience are hanging off her every word. She even manages to squeeze in an epic musical number that both musical directors and Disney should be made to listen to.

Suzi has a highly energetic stage presence. Barely still at any point, apart from her brilliantly timed side looks that draw the audience in for more. Even when the stories she tells should be heart wrenching and sad, she manages to make them effortlessly funny. This is due to Suzi’s incredible comedic writing talents and confident performance. So much for her teachers expecting her Dyslexia to hold her back. Everyone in the audience will certainly agree with what she called that particular teacher that day. The same day that she learned that she loved to get the laughs. Her refreshing approach to comedy is a must see. She defies expectations spectacularly.

Suzi is currently on tour across the UK. You will find tickets to her live shows, near you on her website. https://suziruffell.com