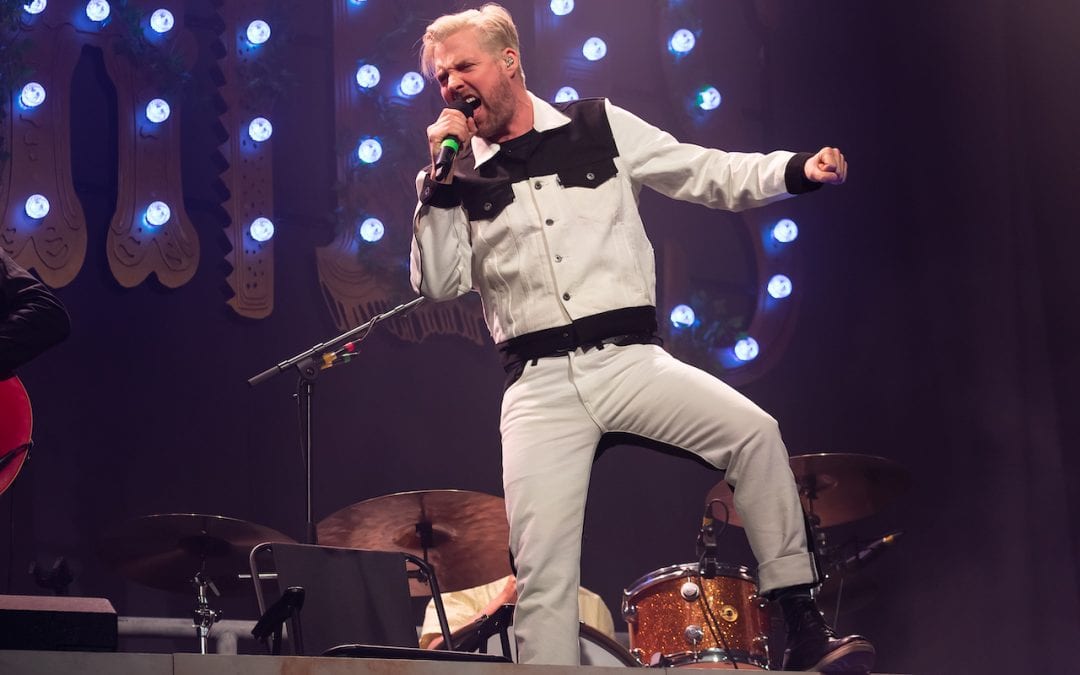 The Kaiser Chiefs are embarking on a new ‘Northern Holiday’ with their Duck tour; and you should be looking out for them. Their new album, ‘Duck’, smashes together the new and old sounds of the Kaiser Chiefs, this tour was destined to be their best yet. Rest assured they didn’t disappoint.

The staging resembles the cover of the new album. They have the beach hut with them. Which is wonderful to see along side the lit up Kaiser Chief’s sign, similar to the one from their last tour. It’s a great visual nod towards what to expect from this show. The lighting is largely a romantic blend of blues and pinks, with occasional spot light moments. Complete with an enormous amount of pyrotechnics, strobes fit for anarchy and confetti cannons galore. 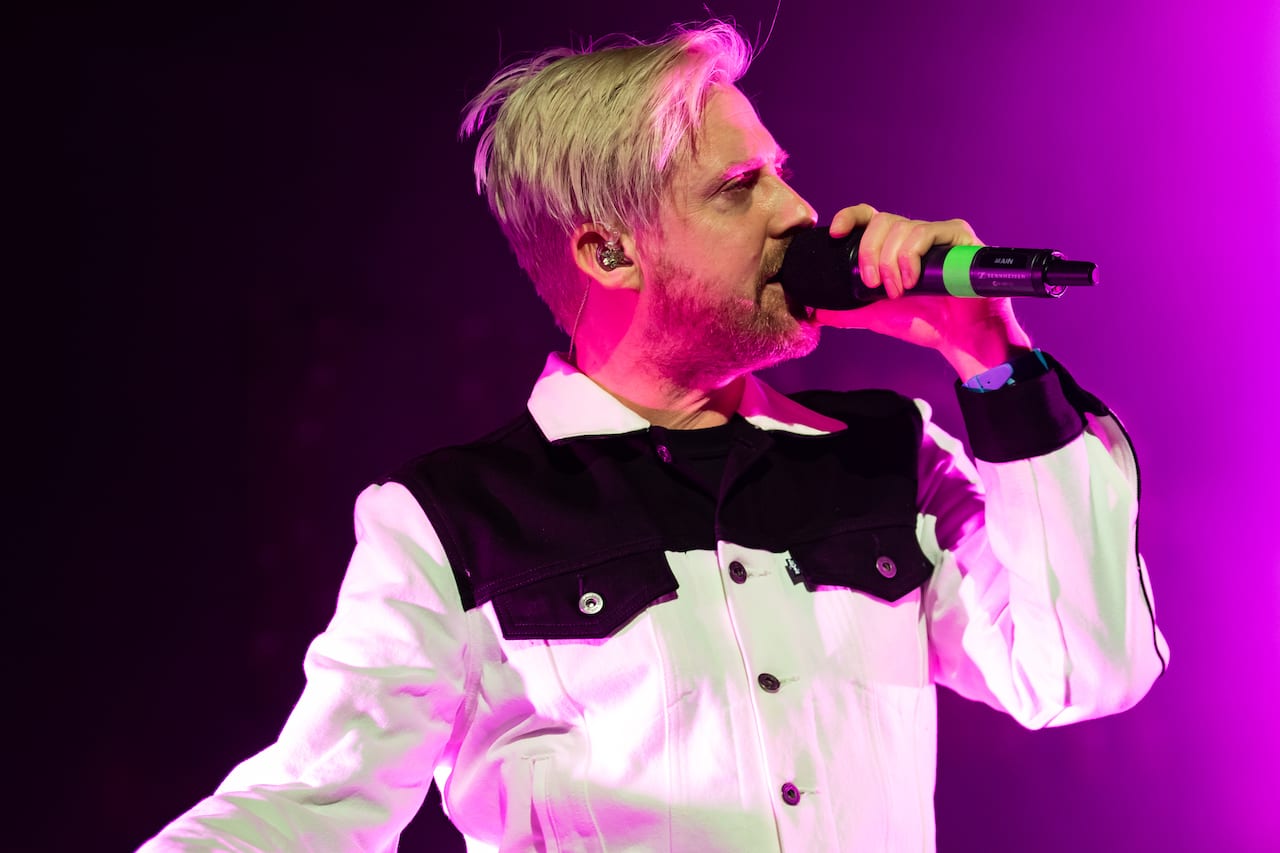 The band sounded effortlessly flawless. It’s clear how incredibly well rehearsed they are for this tour. They played without a note out of tune and they ‘never missed a beat’. Out of all their live shows, this one provides the audience with the most interaction from the band. Instead of just sticking to the tunes, the band have a voice and a part to play within the show, beyond the norm.

VJ came out from behind the drums, to play hook a duck. In which he is essentially picking a retro Kaiser Chiefs hit for the lads to treat the audience to. Which again highlights how well thought out and rigorously rehearsed the band are for this tour.

Simon brought the hook a duck game out to play. Ricky encourage him to speak on the mic about how the game worked. Subsequently announcing how he’d managed to throw the water all over the stage. Throughout the show there is chatter between the band and it’s a great thing to see. It’s less of the usual front man driven, “Ricky Wilson and the Kaiser Chiefs” that is expected of a band like them. Producing a collective unit for the fans to enjoy and it works beautifully. 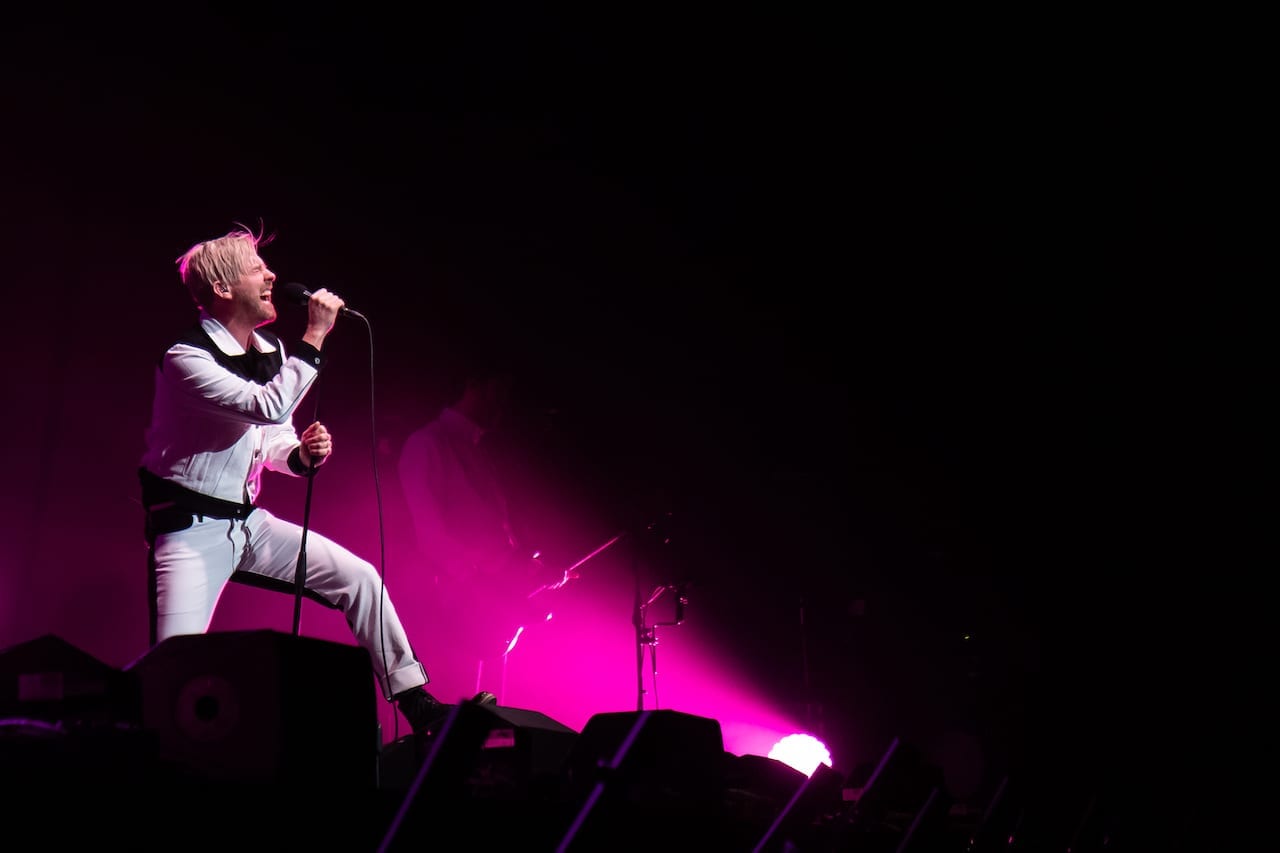 At the start of the show the audience get a retro intro to the show, with the track Golden Oldies. A song that sounds like a indie version of a classic from the movie Grease. Complete with the repetitive ‘lads, lads, lads’ style chants that Kaiser Chiefs fans are familiar with. It works well and Ricky’s vocals were given a chance to warm up. With the opportunity to show off his range and power.

Despite the gentle intro to the show, the band quickly jump into one of their more anarchistic classics, “Na Na Na Na Naa”. Whipping the audience into joyous, bouncing, beer throwing frenzy, faster than you could sing the title of the track. 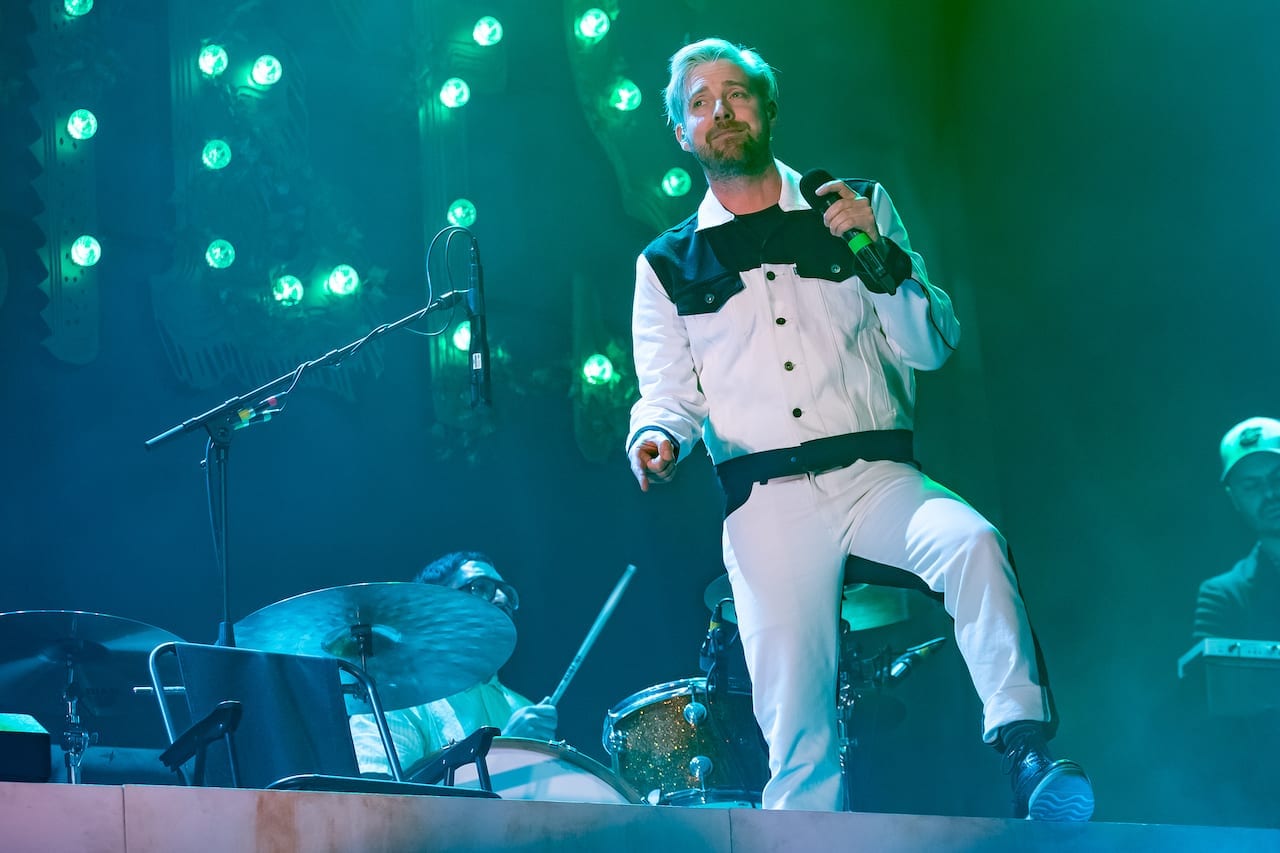 There’s plenty for fans new and old to enjoy throughout the show. With regular step back in time moments. The show is loaded with iconic tracks such as ‘Factory Gates’ and the staples ‘Ruby’ ‘I Predict a Riot’. With their newer tracks, slipped in between. All of which are lyrically on point, and flow well in between the classics and format of the show. The ’Duck’ Tour is an ideal set list for ‘the Angry Mob’.

The Kaiser Chiefs’ Duck tour is packed with a mammoth schedule. They’ll be visiting cities and towns all across the UK, with some European dates sandwiched nicely in-between. If you want to hear their iconic record collection, some tickets are still available online. Check out their schedule on their website www.kaiserchiefs.com. 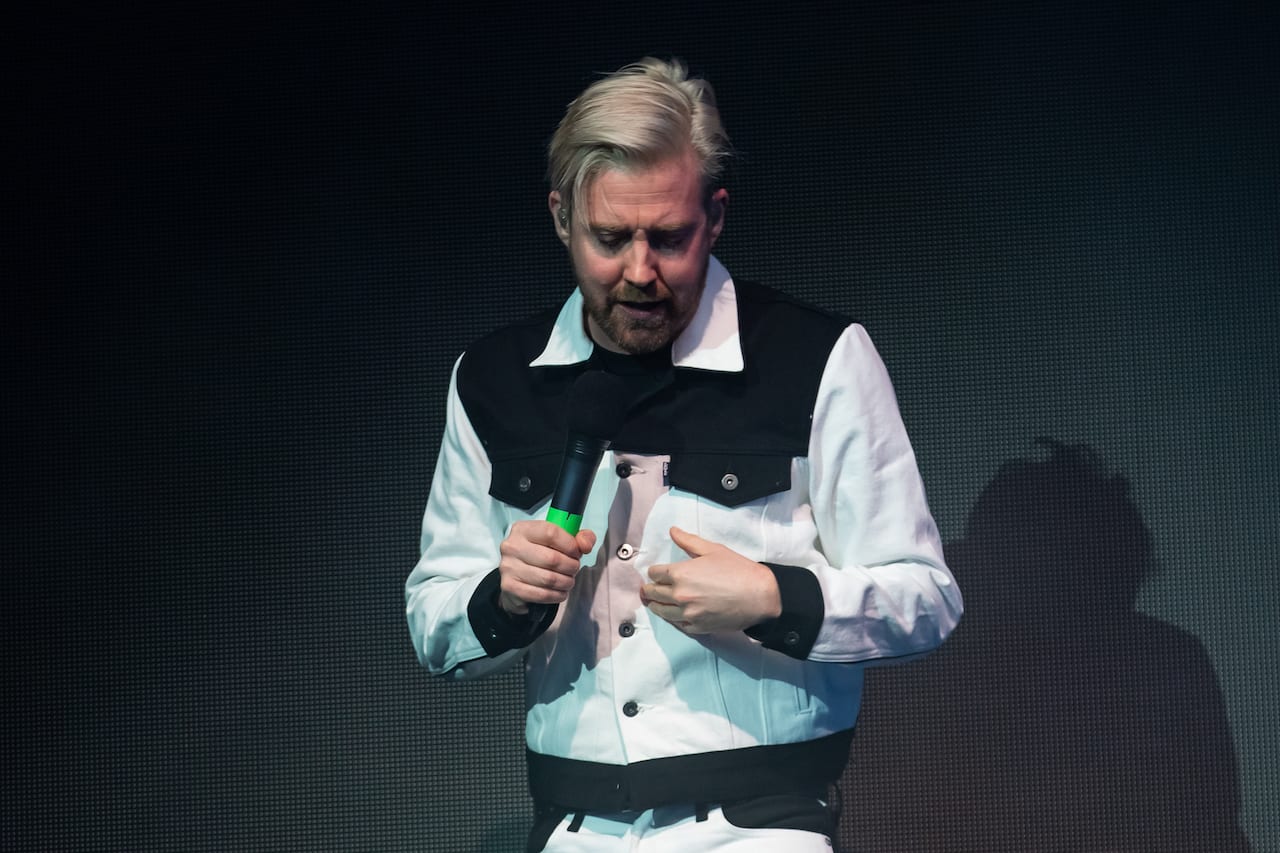 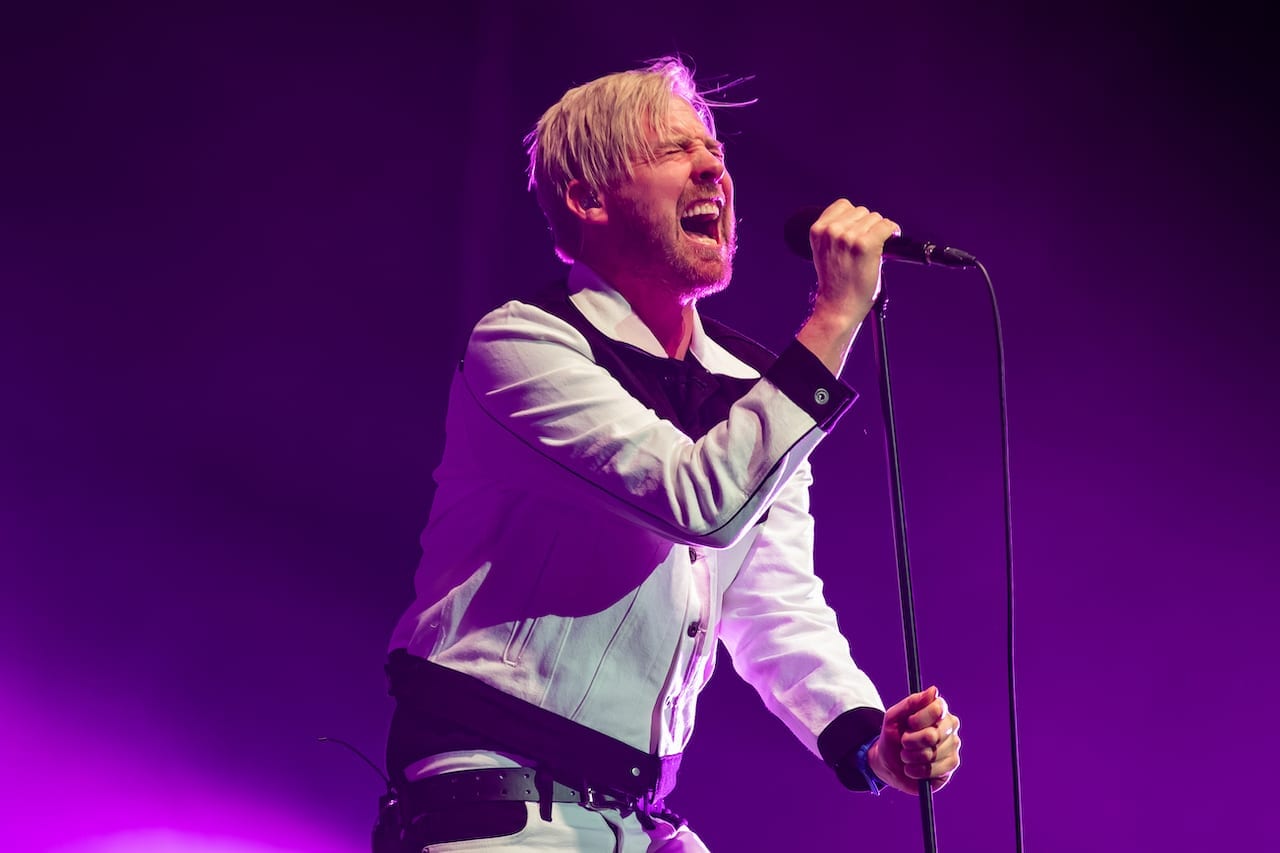 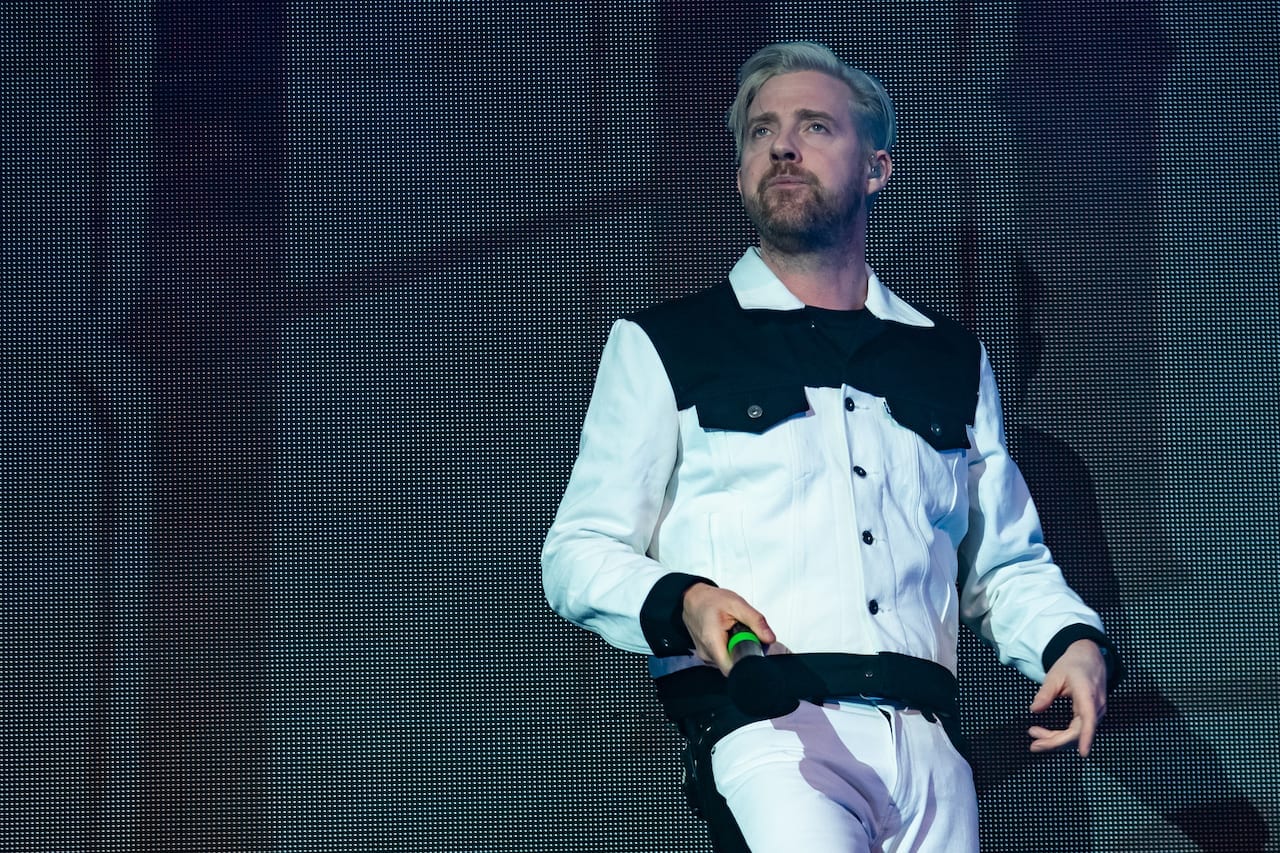 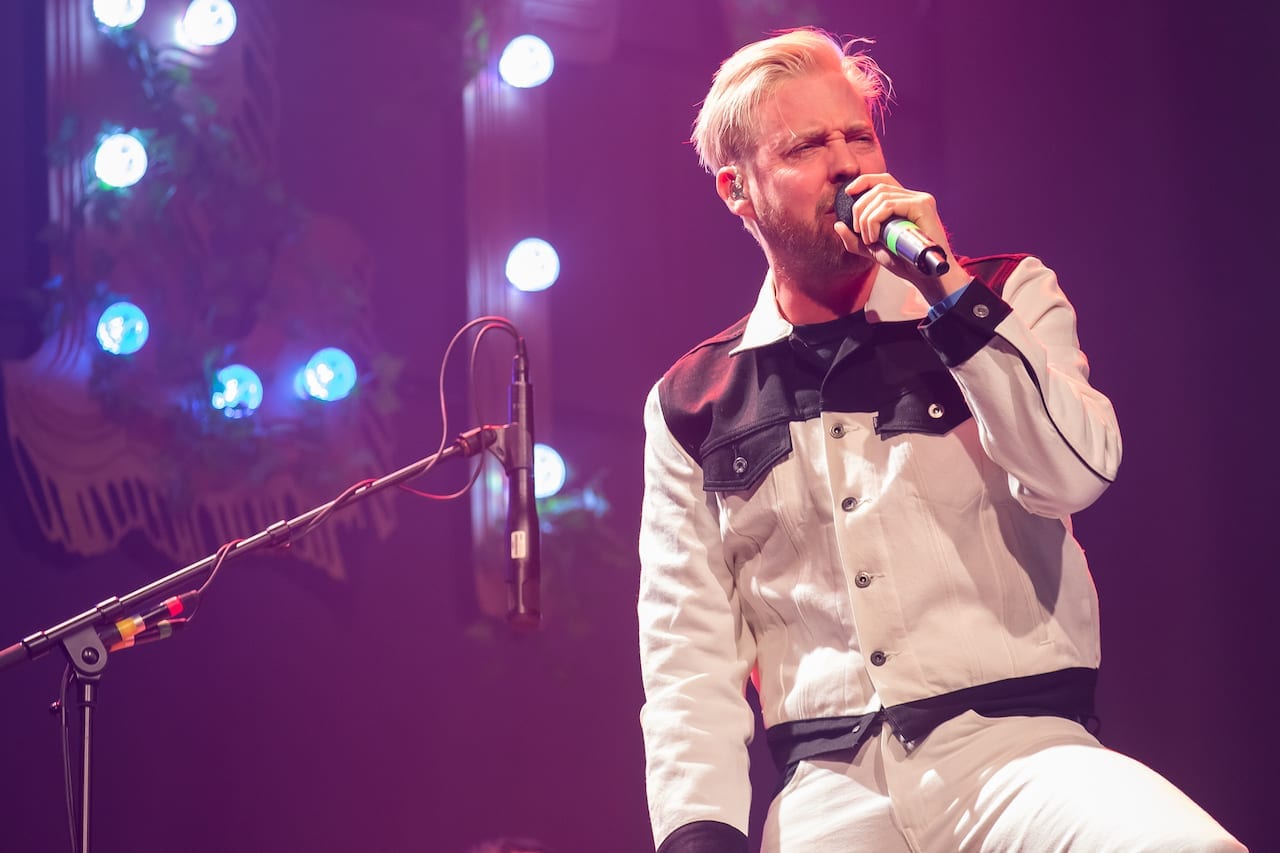 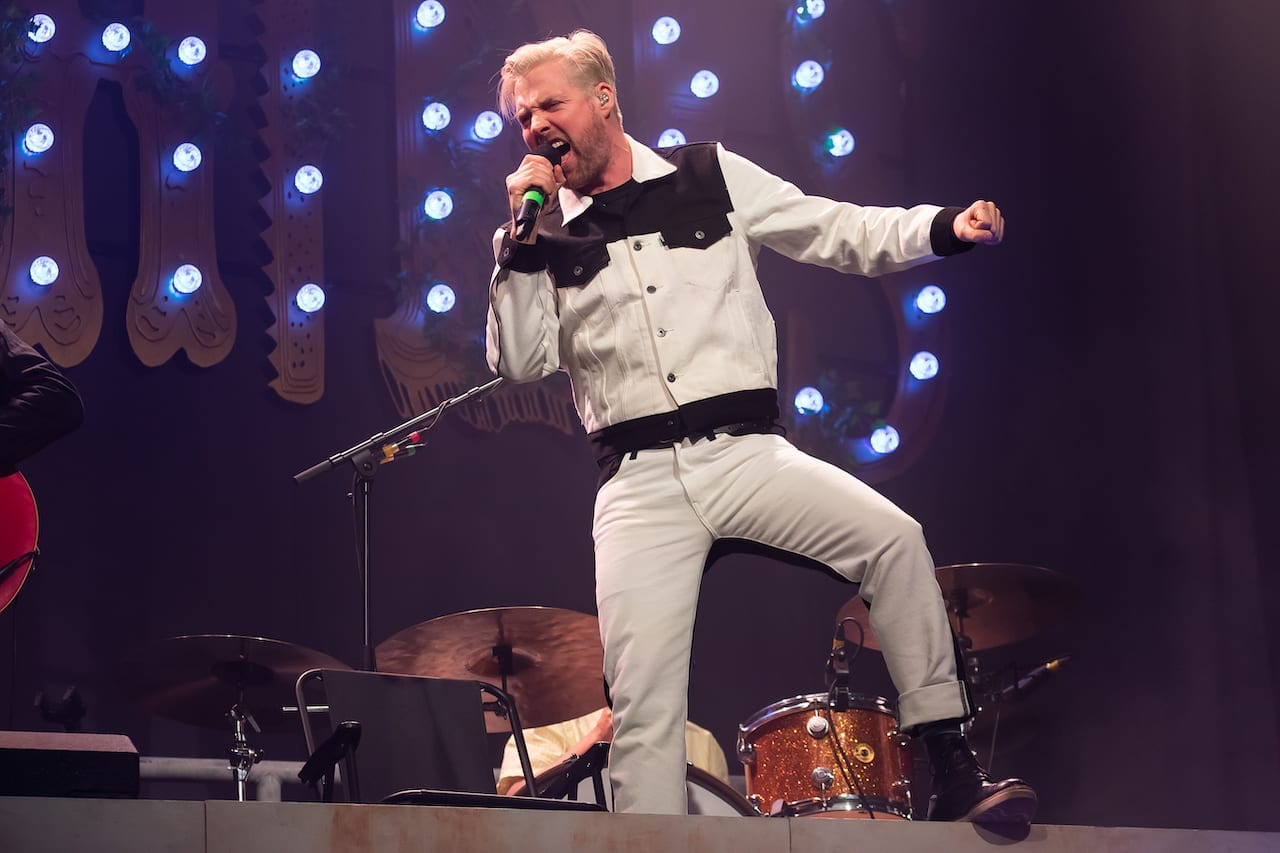